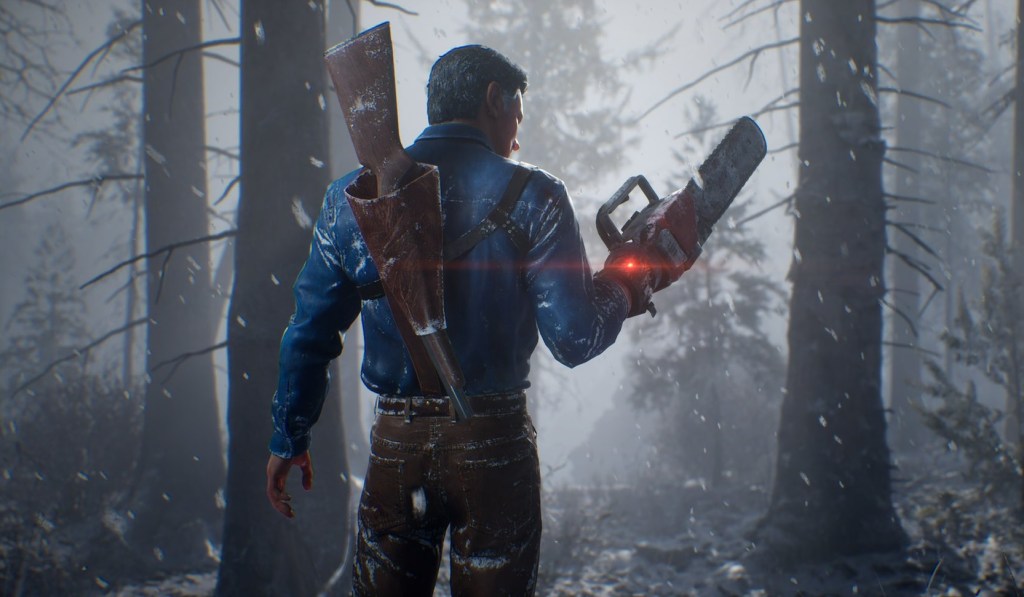 But I know games, I know “Evil Dead” and I have a knack for project management. Most of my positions were not prestigious, and I would not like to bore you, good readers, by discussing them in detail here. However, I like to think that I helped push the game forward towards release.

I had the pleasure of meeting Campbell at a photo and video shoot done for the game in 2019, and saw the lengths he went to filming promotional material (beyond his performance in the Game). Obviously, he not only cares about his character and the franchise, but about all the fans.

I gained a new appreciation for games by watching the process first hand. Evolving artwork, smoothing animations, tightening gameplay, and refining objectives all gave a glimpse of just how much work goes into making a modern game.

Then last fall, when things were in the polishing and perfecting stage, I started editing the game’s official artbook. This gave me the opportunity to browse through thousands of works of art, from early concept drawings to individually rendered characters, weapons, vehicles and environments.

I got a preview of the first expansion map, the recently announced Kandar Castle from the third movie, “Army of Darkness,” which will be released later this year. Yes, players can go medieval on monsters…literally.

We also sent a writer and a photographer to Madrid to interview the talented Saber Interactive designers and programmers responsible for bringing the game to fruition.