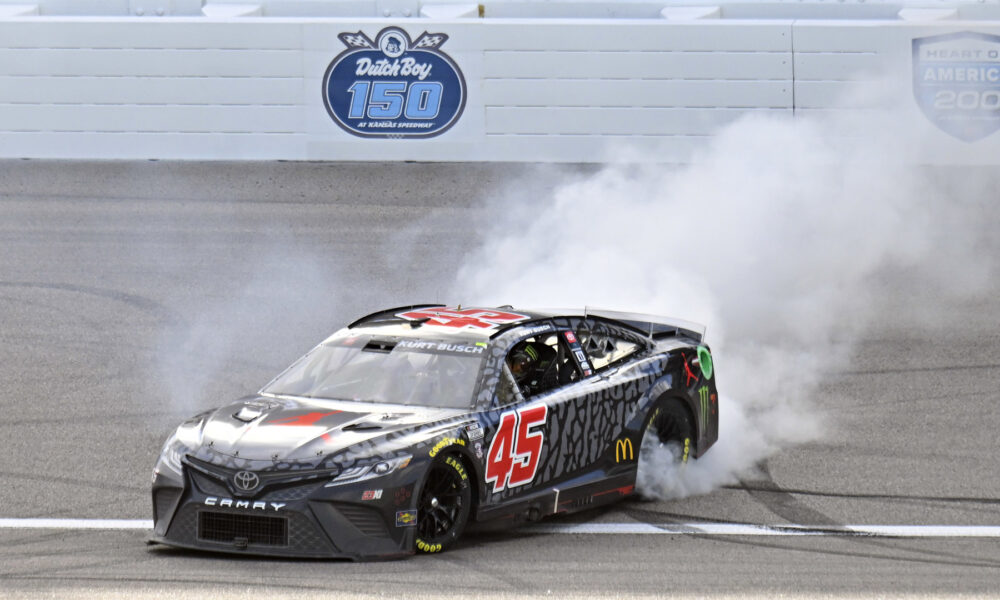 
The decision to release a DLC pack for the upcoming 2022 season for the current season and NASCAR 21: Ignition has allowed the development team at Motorsport Games to focus on a new game for 2023.

In Light of NASCAR 21: Ignition A launch fiasco and several structural and personnel changes within Motorsport Games, a recent Q1 2022 earnings call revealed that the core development team is already working on next year’s game launch.

Perhaps that’s hardly a surprise, following the recent announcement that there won’t be a new standalone NASCAR game this year. Instead, a 2022 NASCAR Cup Series bundle will be available for the existing NASCAR 21: Ignition title in September, before a new game is expected in mid-2023.

This new release “will not inherit NASCAR 21: Ignition’s tech debt as its foundation” according to the Miami-based developer, and will instead rely on the Unreal Engine with input from KartKraft and rFactor 2 – two platforms under the Motorsport Games umbrella.

“If we’re going to reset expectations of what the NASCAR title should be, we need more time. There won’t be enough time in 2022, and we already have the core team working on the 2023 title. said the company’s CEO, Dmitry Kozko, during the earnings call.

“We value our ongoing relationship with NASCAR, INDYCAR BTCC and Le Mans, and appreciate their support.

“We currently expect 2023 to bring a completely revamped NASCAR title… Moving to a season extension update for 2022, more time [has been] allocated to the development team to work on [the] NASCAR 2023 [game].”

Luckily, the next DLC pack of the 2022 season for Ignition won’t be full price either.

“Because we do not plan to charge [a] full game pricing for the 2022 season extension, we expect NASCAR console revenue to suffer in 2022,” Kozko said.

“However, we firmly believe that our investment in the development of game experiences is essential in the long term.”

Last year saw a reorientation of NASCAR Heat 5 on the Nintendo Switch, with optimized controls and the addition of the 2021 Cup season. This was titled NASCAR Heat Ultimate Edition+ and a sequel was recently announced in as part of the company’s 2022 roadmap.

Whether the next Switch release is the same game with the 2022 season added remains to be seen, but it looks like there could be some quality of life changes as well.

“The new and improved NASCAR Switch title will include updated visuals and new features,” Kozko explained.

“[We] we look forward to continuing to expand our fan demographics on the hugely popular Nintendo Switch platform for years to come.

A new NASCAR mobile racing game was on the developer’s roadmap as of a Q4 2021 earnings call, however, an updated timeline now shows that being pushed back to 2024.

“Our mobile games pipeline continues to be an area of ​​opportunity for us, but our current focus is to apply our resources to our core console products,” the CEO said.