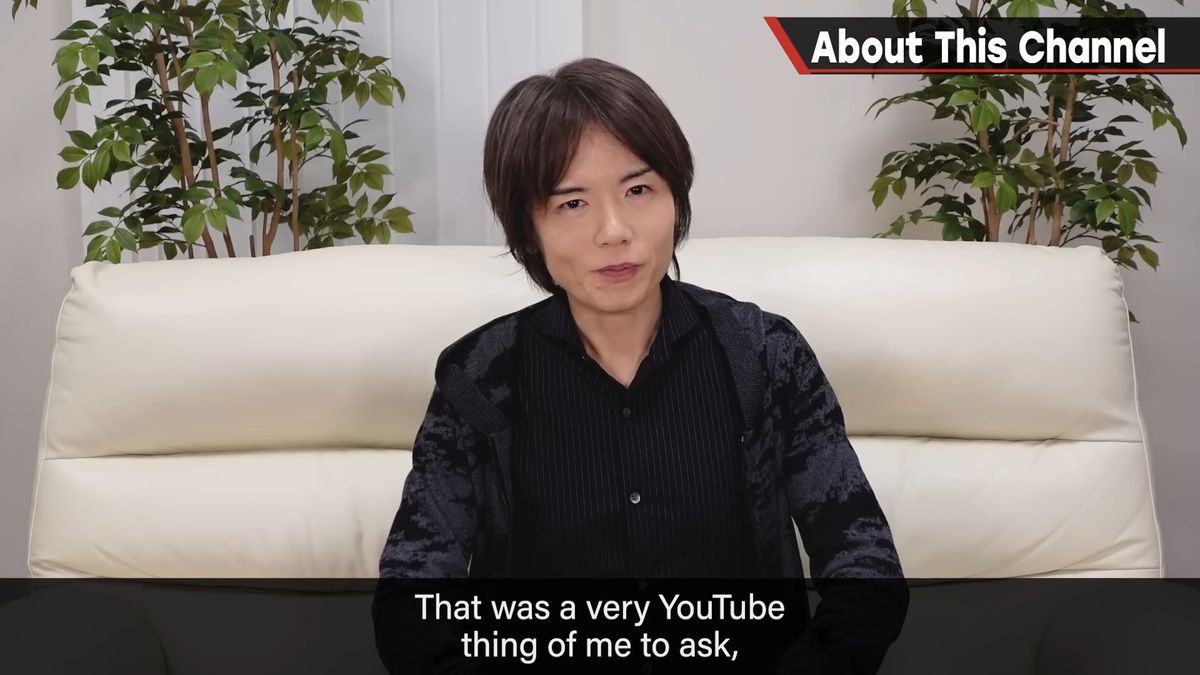 Masahiro Sakurai, best known as the creator of Kirby and Super Smash Bros., has launched a new game design YouTube series that is quickly becoming one of the platform’s most compelling channels.

Take the kick-stop video, for example. Here, in the span of about four minutes, Sakurai explains the brief pause you see when hitting an enemy in Smash Bros., and why it makes the action so much more satisfying. The video then shows examples of a number of improved ranking shoot-em-ups with various hit stop implementations to make the action clearer and more dramatic.

In the frame rate video, Sakurai briefly explains why 60fps (the “ideal frame rate” he calls it) feels so much smoother and more responsive, and even finds some time to explain how frame rates were handled differently on CRT televisions, and why European retro games ran slower than their American and Japanese counterparts.

sakurai said (opens in a new tab) he hopes to update the channel “two or three times a week”, and there’s a lot more room to exploit game design concepts for more content. He also makes videos about his own game design history, like this explainer explaining why he wanted to make the original Kirby’s Dream Land as a more accessible game for a wider audience.

Sakurai says he’s been given permission to show some early design and development material for his own games, though he points out that Nintendo has no direct involvement with the channel.

“I want to try to make games around the world a little more fun” with this channel, says Sakurai (opens in a new tab). “If you make games, or aspire to do so, you might find a little something new here. And if you to play games, learning more about the mechanics behind them could further deepen your enjoyment.”