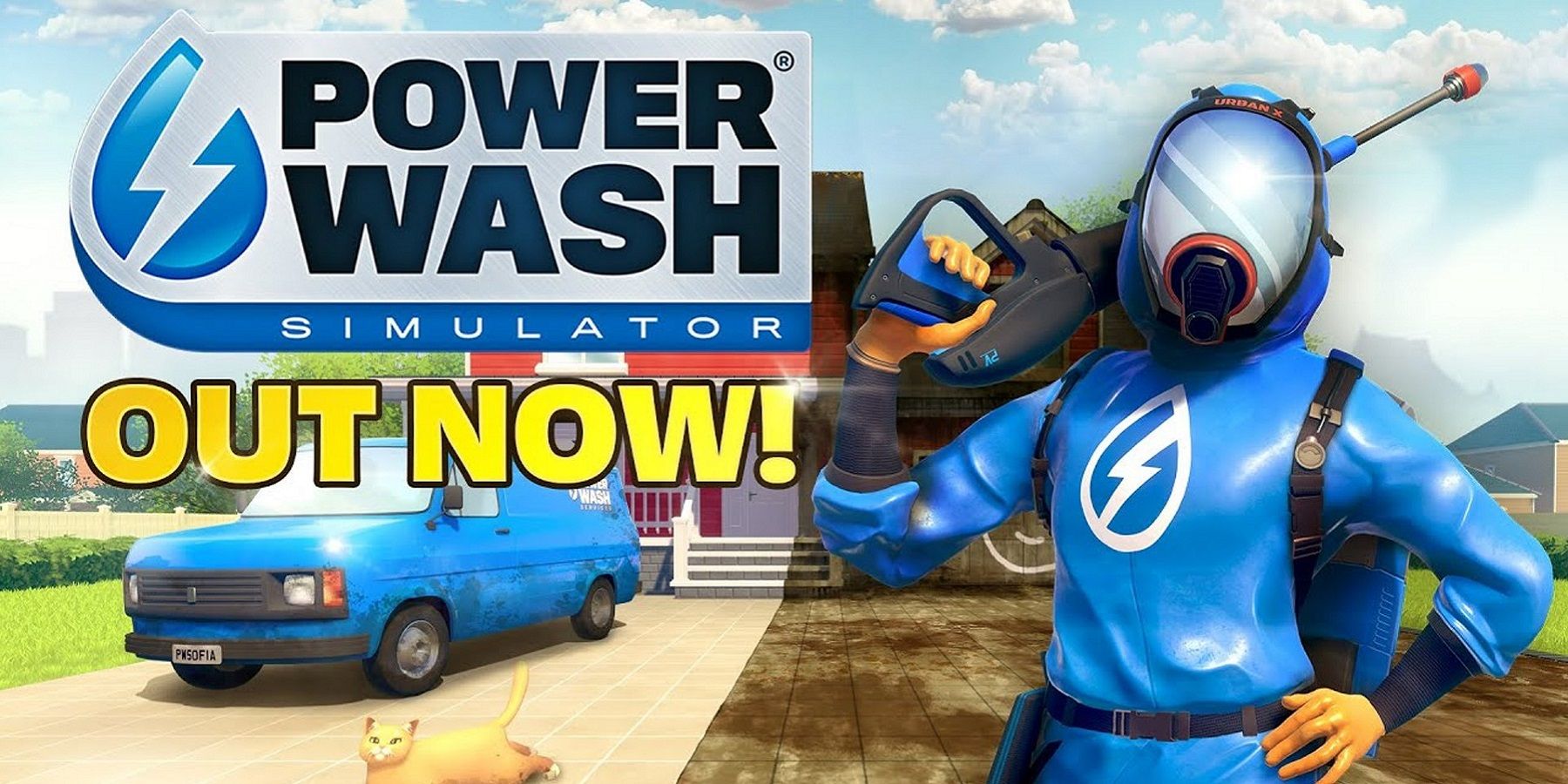 A couple of developers from FuturLab, the studio behind the e-wash title PowerWash Simulator, gave some insight into the game’s design, as well as a hint at possible new content. Despite its satisfying mechanics and overall relaxing vibe, it’s quite an odd simulation game regarding what some may consider a rather mundane task. However, it’s a hit, perhaps due to exposure on YouTube and the rise of the simulation genre, and fans are eager to play on more levels.

For those who haven’t played it yet, PowerWash Simulator is a game about washing houses and vehicles, as well as a number of unusual structures. Its appeal comes from the satisfaction of seeing dirt wash away in real time and admiring the flawless surface underneath. With a career mode that spans nearly 40 maps and a few special locations to start with, the core experience alone has a lot to offer, which includes a rather intriguing storyline that unfolds throughout. Given its popularity, the developer considered adding new levels and also discussed some of the finer points of the game’s design.

In a recent video, spotted by Eurogamer, community manager Josh and designer Nick delve into the philosophy behind some of the game levels. PowerWash Simulator. The game was created in Unity, one of the most popular video game engines in the world, and the discussion makes it clear that the maps have gone through a lot of thought. Nick mentions the fun of researching to make sure the fishing boat and seaplane parts were named accurately. There was also insight into how the artists were able to create layers of dirt with different types, such as rust and muddy imprints, as well as the thought process that led to the choice of “dirt thresholds”.

There were also a few mentions of new levels being swapped around the studio. With PowerWash Simulator soon on Switch and PlayStation, the title should only become more popular. FuturLab is keen to add new content, and the developer recently closed a poll asking fans which maps they’d like to see. However, Josh and Nick couldn’t give any hints, but said “organic” things to clean up, like animals, aren’t something they’re likely to consider.

Despite the premise, it’s a very fun job simulator, standing on the shoulders of giants like farming simulator. While there’s already a surprising amount of content in the base game, it’s good to see the developer moving forward with porting it to other systems and planning additional levels.

PowerWash Simulator is currently available on PC, Xbox One, and Xbox Series X, with versions for Switch, PS4, PS5, and Switch coming soon.