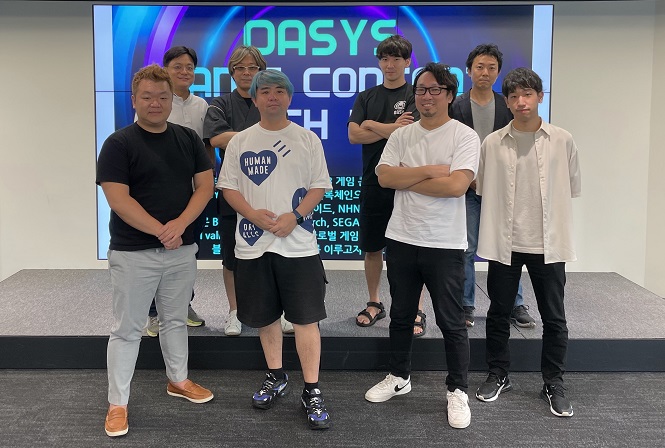 Held on August 5, 2022, the Oasys-managed game pitch brought together up-and-coming web3 game developers in Korea, where attendees had the opportunity to pitch their titles and themes to the event organizers, and compete prizes to develop their games.

A wide variety of games were showcased at the event, spanning the gamut of games – while some teams focused on traditional game quality using existing IPs and graphics techniques, others explored new new forms of games using blockchain technology. After an intense round of pitches, a total of four winners were selected, with Catze Labs coming in first place for their game titled “TROUBLE PUNK: Cyber ​​Galz” – a battle royale-style action game hosted on the platform. forms Catze Labs.

Daiki Moriyama, Director, Oasys, said, “Congratulations to all of our winners! We were encouraged by the active participation of the Korean blockchain gaming community – from the speed to the quality of the blockchain games released, we were impressed with the caliber of game developers present at our game launch event. We are excited about the immense development potential of blockchain gaming in Korea, and look forward to leading its growth and direction through collaborative efforts with key industry stakeholders.

Muss, Project Manager, Catze Labsadded, “People of our generation grew up playing Pac-Man, Sonic and Tekken in arcades as kids, and it’s a great honor to be recognized by Oasys, which is backed by the companies who created these legendary games. We want to do our best to make TROUBLE PUNK a success. Please keep watching us!”

In July 2022, Oasys successfully completed a US$20 million private token sale round led by blockchain funding and investment platform, Republic Capital, with participation from Jump Crypto, Crypto.com, Huobi, Kucoin, Gate.io, bitbank and Mirana Ventures. The funds will be used to strengthen partnerships with new and established game developers, digital asset exchanges, and other companies within the gaming and crypto ecosystem.

Going forward, Oasys will continue to focus on improving user experiences, working with key national and international partners, and contributing to the global expansion of blockchain games, helping to bridge the gap for game developers. entering the world of Web3 gaming.

About Oasys
Oasys was established in February 2022 to increase mainstream gaming and earnings adoption and upon launch pledged to partner with 21 gaming and web3 technology companies to act as validators, such as Bandai Namco Research, SEGA, Ubisoft and Yield Guild Games. Led by a team of blockchain experts and partnering with the biggest names in gaming companies to serve as initial validators, Oasys is revolutionizing the gaming industry with its green, proof-of-stake (PoS)-based blockchain.

With a focus on building an ecosystem for gamers and developers to distribute and develop blockchain-based games, Oasys solves the problems game developers face when building games on the blockchain. . The trifecta approach of the fastest network powered by the gaming community, a scalable network powered by AAA game developers and blockchain providing the best user experience with fast transactions and zero gas fees for users, prepares participants to enter the Oasys and play.