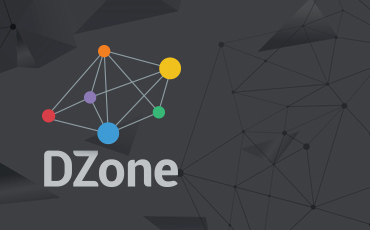 This is the second installment in a series of blog entries related to a javafx 2 gaming tutorial. If you haven’t read Part 1, please check out the


javafx 2 game tutorial section. To recap in part 1, I mention some aspects of the game and a simple demo of a prototype spaceship (made up of simple shapes) that can navigate with the mouse.

: it’s a long tutorial so if you just want to run the demo just


. the demo is called atom smasher where you generate atoms (spheres) which collide. you can freeze the game to add more atoms. the goal is to have more than one living and bouncing atom. a text displays the current number of atoms floating around. Before we start our discussion of a game loop, I wanted to give you a history of games and animation.

Back then (during the 80s-90s) many game programmers attempting to animate images encountered the infamous screen flickering problem. this is where your

(graphic images) will often flicker and make the game pretty awful. all monitors have a refresh rate where certain intervals the pixels will be redrawn (called

). for example, if the refresh rate is 80Hz, the screen is redrawn about 80 times per second. If you change things on the screen, you can often get out of sync due to a refresh interval. what should you do about it? well, actually there are two things that will help with this problem (double buffering and knowing when the cycle is happening). some smart developers have created a technique called double buffering.

is a technique that consists of two surfaces where each in turn becomes the displayable surface and the other is an off-screen area (buffer surface). this technique is really a digital sleight of hand where the developer can pre-calculate the sprites and their positions to draw on the off-screen surface. once you are done drawing on the offscreen pad, the code will change it as a displayable surface. an important thing to point out is that we still have a problem due to the fact that we need to be notified when the refresh interval is about to start the refresh process. in java, this capability is integrated via the

api. so where am i going with this? sometimes explaining past strategies will help us appreciate what we have today. do we have to do it in javafx? Nope. fear not javafx is here! all the issues i mentioned are all fixed for us using javafx’s scene chart API. However, most of the games still use the old method of animating graphics and updating the game world known as the game loop.

Simply put, the game loop is responsible for updating sprites (graphics), checking for collisions, and cleaning up. older game loops will check for key and mouse events as part of the loop. since javafx abstracts events to allow scene or individual nodes to handle events, the ability to listen to low level events is not needed in our game loop. below is a source code snippet from ‘a typical game loop that will update sprites, check for collisions, and clean up sprites every cycle. you will notice the javafx 2.x duration object which is 60 divided by 1000 milliseconds or 60 frames per second (fps). each frame will call the

interface in order to update the game world. hypothetically, I created three methods

which will be invoked to manage the sprites in the game.

the above code snippet is really all you need to make a simple game or animation. However, you might want to take things to the next level. you might want to build a game engine that can handle sprites and state of the game world.

is a fancy name for a utility or library responsible for encapsulating the game world, running the game loop, handling sprites, physics, etc. the wheel when creating a 2D game from scratch. to move quickly i created a uml class diagram of a game engine design.

Below is figure 1 a class diagram of the javafx game engine.

in figure 1 a javafx 2 game engine design, you will notice three classes a

The class is responsible for initializing game state, running the game loop, updating sprites, handling sprite collisions, and cleaning up. the next is the

class which is responsible for managing sprites by adding, removing and keeping collisions. finally, is the

class which is responsible for maintaining the state of an image (actor). in a 2D world, a sprite can contain the speed, rotation, scene node, or image of the object that is ultimately rendered every cycle (keyframe / frames per second).

just a little reminder on the uml notation: the plus symbol “+” indicates that a member of the class is public, the minus symbol “-” is private and the pound symbol “#” means protected.


a sprite manager class is a helper class to help the game loop keep track of sprites. normally a sprite manager will contain all sprites and each sprite contains a javafx node which is displayed on the stage graph.


the sprite class represents an image or a node to display on the javafx scene graph. in a 2D game, a sprite will contain additional information such as its speed for the object as it moves through the stage area. the game loop will call the update () and collide () methods at each interval of a keyframe.

phew! if you’ve made it this far, you are a brave soul. let’s take a little break and try out the demo I created using the game engine above.

below is a java web start button to launch the game demo. later you will see the design and source code detailing how it was created.


Below is a class diagram of the game demo called atom smasher which uses the game engine framework mentioned earlier.

below is the atom smasher class diagram in figure 2.


the gamelooppart2 is the main javafx driver or application that runs the game. this creates a gameworld object to initialize and starts the game loop.


atomsmasher is a class derived from the gameworld class. it creates many spheres which come to life with random speeds. Button commands allow the user to generate more “atoms” (javafx circle nodes). As each atom collides they will invoke the implode () method which produces a fade transition animation. you will notice how easy it is to implement this game just by implementing

methods. once implemented, the game engine does the rest. the

The method creates the button controls for the user. to update the sprite positions or change the state of the game, you will implement the

method. to compare all the sprites if they collided with each other, you will implement the


the atom class extends from the sprite class. an atom is a sprite that appears as a spherical object that moves across the stage. an atom will have a random radius, color and speed. as each atom sprite collides with another atom, they will animate a fade transition (the implode () method).

hope you have the chance to understand the fundamentals of a game loop and apply the knowledge later by implementing a robust game engine. Although, I briefly mention collision, I’m saving that for part 4 of these tutorials. please stay tuned for part 3 where we will get into typing using the keyboard or mouse. feel free to experiment. let me know what you have on offer.

by david brackeen with bret barker and laurence vanhelsuwe. page 56 “get rid of flicker and tears”