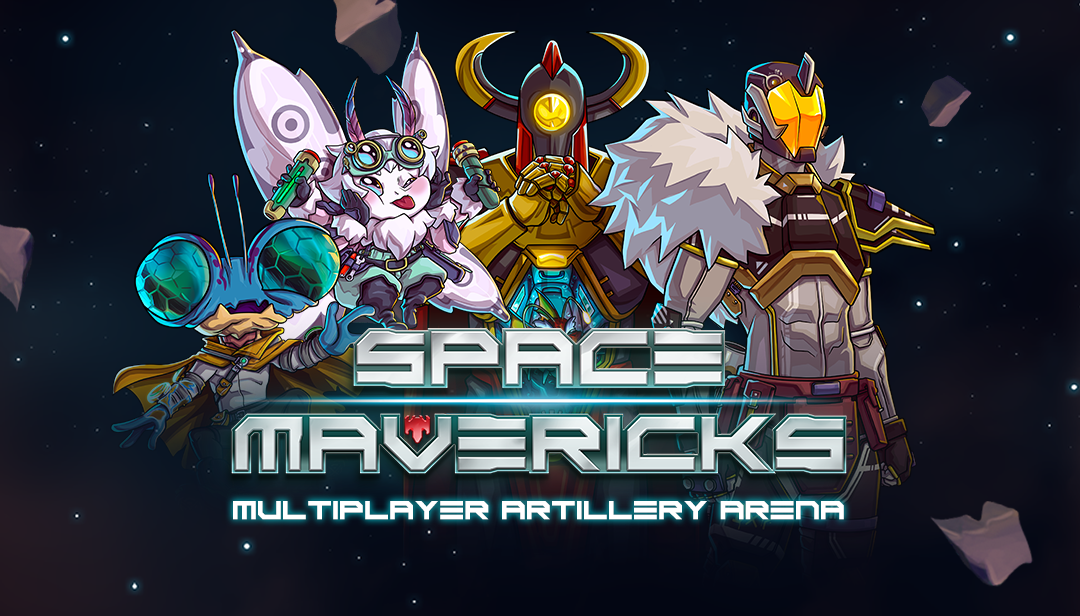 FireGecko, which provides top-notch art and game development services, is gearing up to go the extra mile to revive the classic artillery genre in the video game industry.

Space Mavericks, nominated as one of Indie Arena Booth 2021’s best multiplayer entries at Gamescon, is set to become a highly competitive real-time multiplayer game that recreates the classic aim and shoot style with a little more challenge as the game is defined in space and gravity plays a big part in it. The game is dedicated to prioritizing fun and entertainment and will allow experienced players to receive credit and payment for their hard-won battles.

The one-of-a-kind game is the result of their extensive research and development in understanding the intricacies of gaming. It offers unparalleled features that set it apart from other gaming rivals with cross-platform apps. It is a hybrid between free-to-play and play-to-win, which has been called a “giant future” gaming model by blockchain analysts. This game will include the best of both worlds by showcasing features from the combination of classic games such as Angry Birds and MOBAs such as League of Legends to appeal to gamers between the ages of 18 and 40 interested in multiplayer arena battles, artillery games and crypto games. .

The ingenious team behind the innovation has successfully incorporated popular game modes such as battle royales, competitive tournaments, and battle against video game bosses in an effort to capture the attention of the game. passionate industry. Unlike previous artillery games, Space Mavericks requires players to learn skills to win through a ranking system that has proven successful in the gaming industry. Additionally, there will be a unique collection of 10,000 spaces for each player’s “commanders” from a spaceship generator. These will be accessible in the market, where players can trade their assets, get new items and game-related NFTs. Upgrading rare items and NFTs will allow players to profit more and incentivize players to trade the in-game SMC token.

With well-known partners supporting the project, including ICICB, one of the fastest growing multinational corporations, the project is gaining momentum. The development team revealed that Space Mavericks does not require high-end hardware or any investment to get started. Initially, players can try the game for free to see if they like it and want to take advantage of all the extra features and challenges it offers. Additionally, players can earn money by winning battles, defeating bosses, selling the NFT spaceships in the market, or simply inviting others to play the game.

The team has spent the last few years exploring the market and the latest games to ensure the project is a success. They are certain that Space Mavericks will be a unique product in the entire NFT game market with its Free-to-Play and Earn-to-Play mechanics. Additionally, the companies described simplicity in terms of usefulness and usability in other NFT games, while Space Mavericks aims to be dynamic and encompass deep gameplay with regularly updated features.

FireGecko is a game development company providing top quality game art and development services. The studio spun off from a gaming division of a high-end AI and robotics technology provider has brought in incredible talents to incorporate their experience into innovative new games.

ICICB is an investment holding company specializing in financial services and investment offerings. Emerging as one of the fastest growing multinational investment firms, they are based in Dubai, United Arab Emirates. The group serves a variety of industries including digital banking, consulting, healthcare, commercial real estate, and more. For the past few years, ICICB’s mission has been the development and advancement of digital technology, integrated into everyday life to increase efficiency and sustainability. Visit www.icicb-group.com for more information.