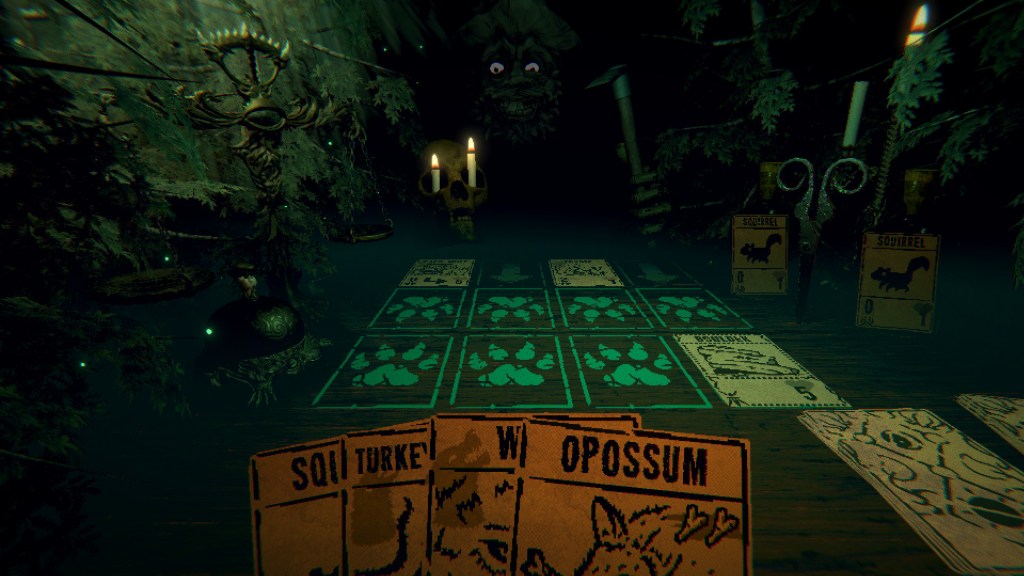 How Inscryption Breaks All Game Design Rules And Thrives

Third-Party is a series of guest blogs where developers talk about specific games, mechanics, levels, and more. This week we have Mateusz TomaskewiczSenior Game Designer at Riot Games, talks about Inscryption’s relentless self-reinvention and meta-storytelling.

Prior to joining Riot Games, Mateusz worked for over twelve years at CD Projekt RED on a number of critically acclaimed projects including The Witcher 2: Assassins of Kings, The Witcher 3: Wild Hunt, Gwent, Thronebreaker and, most recently Cyberpunk 2077. While at CDPR, Mateusz designed a number of quests and stories, he helped build the quest design team and led it through several projects. He was a major contributor to the direction and vision of CDPR games, primarily in the areas of storytelling and quests, with the exception of the Thronebreaker project which he led as Game Director.

Mateusz is passionate about video games, tabletop games and board games. He cares deeply about player experience and immersion and always tries to create games he would love to play himself. As a member of the LGBTQIA+ community, Mateusz understands the need for diversity, inclusion and representation in media.

His favorite video games include Might & Magic VII, Baldur’s Gate II, the Gothic series and the Total War series. He grew up and studied in Warsaw, the capital of Poland. He prides himself on having a tongue twister name and completing a number of Dark Souls games without ceasing to rage.

I recently finished playing Registration and I have a lot of ideas about it – I got into it very quickly after recommendations from my friends, which led to a whole weekend of compulsive gambling. It started out as a card game with some interesting tug of war mechanics and a very cool, dark theme. it reminded me a bit hand of fate with its presentation – how the cards are played on a virtual table and how the croupier is in front of you, playing the role of the narrator. I enjoyed the narrative and how it allowed me to play around with mechanics and build OP decks – I actually managed to quickly build a card that was so strong it was almost too easy to pass by the bosses.

That was all well and good, but what stood out to me the most was the game’s meta-leveling – read on only if you don’t mind major spoilers!

The game lets you know from the start that you can actually get up from the card table and interact with the environment around the cabin. It quickly becomes apparent that these interactions, not the cards themselves, are actually the way to beat the game. lightning speed.

As a developer knowing how much time and effort it takes to build features, I was honestly shocked at the number of changes when they first happened – I don’t think I’ve played another game that would throw most of its mechanics, aesthetics, and themes out the window in the middle of the game, turning it into another kind of game like that. And Registration doesn’t do it briefly once or twice, it does it four times if you include shorter sequences. Most games strive to establish the rules early on and stick to them, making sure the player feels comfortable with its mechanics. Registration seems to have a different purpose – he wants you to be surprised often and rediscover your path each time he makes a major change.

The same time, Registration does a great job of building a mystery. It tactically uses things that just seem “a bit off” in their design – even when you first start it, it requires you to press “continue” instead of the “new game” button, which initially appears to be a minor issue but is actually a conscious design choice which is explained much later. And so it consistently continues down this path by playing with player expectations and even introducing “real life footage” of a player who discovered the game into its meta-narrative, which even fuels an ARG-related mystery.

Aside from the execution itself, I think what made this particularity possible was the initial thought process and design goals – it wasn’t trying to emulate the success of other great games of cards, nor to “revolutionize the genre” in a way that will be replicated by others. It was just meant to be a unique, intriguing and challenging experience. And I think he did it exceptionally well.

Written by Mateusz Tomaszkiewicz on behalf of GLHF.

Best CCGs: 10 great titles to create that beginner’s game in

Get started with Unity for game development