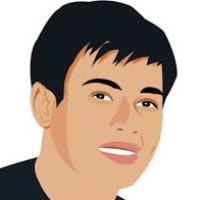 How blockchain-based game development is shaping the future of mobile games?

Blockchain technology is rightly associated with cryptocurrencies. Yes, the technology was first noticed with the emergence of Bitcoin. But that was just the beginning. Over the years, Blockchain has continued to evolve and make itself felt in many industries and has become the most secure technology for managing critical data and facilitating transactions. Starting from banks and financial institutions, Blockchain has been adopted by different industries including retail, real estate, manufacturing, healthcare, and many more.

Now, Blockchain also plays a decisive role for game applications. How decentralized database technology can influence a robust development process through game projects. That’s why we’re here to explain how blockchain-based game development will shape the future of mobile gaming. But let’s spare a few words on the basics of Blockchain.

What is Blockchain exactly?

Blockchain provides impenetrable data security as it does not allow data to be deleted, altered or tampered with, and Blockchain logs all entries as separate data accessible through historical reports. Blockchain’s “Write Only” protocol makes it a completely tamper-proof technology.

What is a blockchain-based game?

As we all know, Blockchain facilitates easier digital transactions. Similarly, Blockchain has entered game application projects to facilitate in-game transactions and manage game data for development tasks. Thanks to Blockchain-based games, developers can no longer enjoy centralized control over game projects and their attributes.

How lethal is the combination of Blockchain and games?

Now that we have already explained how Blockchain brings a new range of promise to game developers and gamers, it is essential to examine the evolving trends in the development of games enhanced by Blockchain technology. Here we would like to explain three critical trends in Blockchain-based game development.

Now players collaborating in real time can create innovative game characters and assets of their preferences, and Blockchain will make it easier to manage, store and access these game characters and virtual assets according to specific requirements. Blockchain-based social gaming networks exist to create, collaborate, and deliver personalized gaming experiences.

Open Web Games have grown tremendously in recent years due to the increasing involvement of players in shaping the gaming experience. As we have already explained, developers are no longer the sole owners of the games that can decide on all aspects of the game project.

Open web games allow players to access game assets through multiple sources for an enhanced gaming experience. Blockchain has facilitated the creation of this open and decentralized ecosystem where gamers can incorporate a variety of gaming assets and resources into their gaming projects using decentralized non-fungible or NFT tokens.

This active role played by gamers in shaping the look, feel and gameplay experience of a game application and how they can use various game assets from various web sources is something entirely new. Gamers can now buy game assets using cryptocurrency and using the same in another game app. It’s a lot like building a digital ecosystem and virtual goods economy for gamers. and developers.

Virtual game transactions, mainly via NFT in recent years, have seen a steady increase, and NFT game transactions already account for a large portion of Blockchain revenue. We already have a wide range of NFT games representing several genres and types of games.