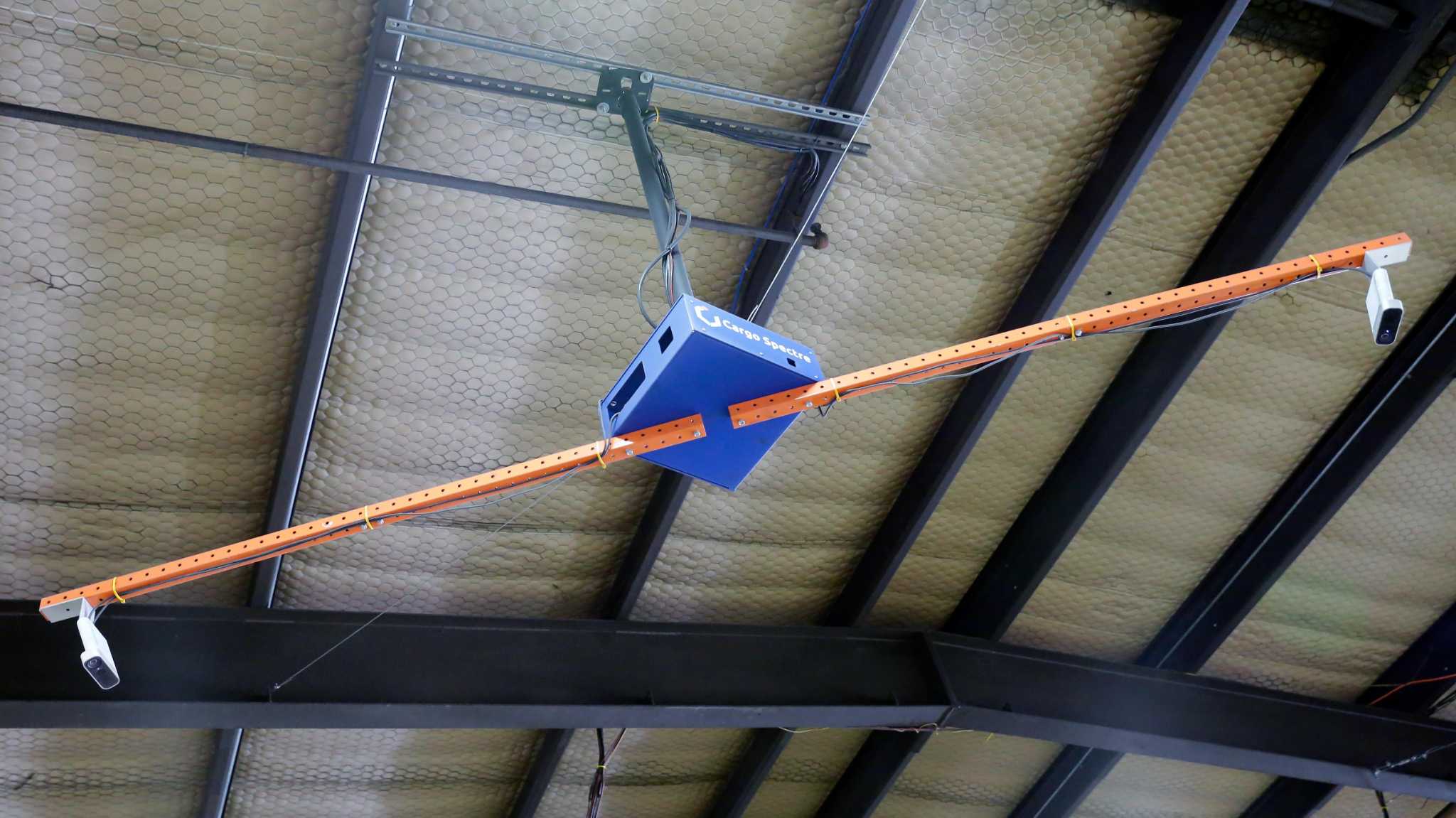 A small local business is tackling one of the most difficult problems for the warehousing and transportation industries: measuring the dimensions and weight of a piece of freight quickly and inexpensively. He says he found the solution – in video games.

Cargo Specter, founded about five years ago, has adapted video game technology for a system of scales, cameras and 3D scanners to measure and record in seconds the weight and dimensions – height, width, depth – of the freight, including pallets loaded with goods and heavy machinery. This product, known as the sizing system, can take and record measurements in the fraction of the time it would take to take such measurements by hand, at one-tenth the cost of similar devices marketed by competitors, according to company co-founder and CEO Jason Joachim.

The Cargo Specter system takes approximately three seconds to take measurements and record data, which is uploaded to the cloud and instantly available to employees and customers. “This system has worked well for the larger customers who have facilities all over the world, ”said Joachim.

Cargo Specter’s beginnings can be traced back to 2015, when Joachim and his brother Jeremy, now Cargo Specter’s CTO, worked for the family business, World Trade Distribution, which provides freight, freight and warehouse services in its container freight station in Houston. The company’s cargo handling system was in desperate need of an update, said Jason Joachim, and they set out to find an affordable solution to electronically weigh and measure cargo.

At that time, he said, electronic sizing systems cost over $ 130,000, a steep price for a midsize business. Along with his brother, a software designer and a few friends who are passionate about video games, Jason Joachim sought to develop a low-cost solution to the sizing challenge.

Rather than developing the technology from scratch – a very expensive proposition – Joachim and his team began to research out-of-the-box equipment that they could adapt. They found it in the Xbox Kinect sensors, an add-on for the Xbox 360 video game console produced by Microsoft.

The sensors contained a 3D camera, which could be adapted to scan irregularly shaped pieces of freight and calculate its precise dimension. Sold for around $ 300 when new, Kinect provided an inexpensive platform on which to build a new sizing system. The team then wrote the software that records, calculates and transmits the data in seconds.

After commissioning the system at World Trade Distribution, the development team formed Cargo Specter in 2016. The name arose from early efforts to develop technology using the Kinect.

“The first time we saw each other under the sensors in 3D space, we looked like ghosts or specters,” Joachim said.

Since its founding, the company has grown rapidly, with sales increasing by approximately 75 percent per year. There are now over 100 Cargo Specter systems in service with customers on four continents, Joachim said. Last year, Cargo Specter achieved annual revenue of around $ 1.2 million, he said.

Cargo Specter targets small to mid-size transportation and warehousing companies, like World Trade Distribution, who need low-cost sizing solutions to compete. “With our system,” said Joachim, “we would like to believe that we have allowed them to have the same market advantage that a huge publicly traded company would have,” he said.

Cargo Specter operates on a hybrid hardware / software business model. The company sells the equipment, which costs about $ 5,000 installed. That price compares to around $ 50,000 for a sizing system offered by its closest competitor, Joachim said.

On HoustonChronicle.com: Texas Railway Company May Have A Solution To Avoid Shortages Like The Toilet Paper Rush In 2020

Customers also pay a fee of $ 600 per month for the use of Cargo Specter’s proprietary software, which can be integrated with customers’ software, allowing data to flow seamlessly through record keeping and management systems.

Although its headquarters are in Houston, sales of its products are lower here than in other U.S. markets, Joachim said. The company only has a dozen devices operating in the Houston area, compared to more than 200 in Miami, 100 in Los Angeles and 100 in New Jersey.

Joachim cited several possibilities for late sales here, starting with Houston’s location on the Gulf Coast. Unlike ports on the east and west coasts, ships entering and leaving the Port of Houston do not make as many direct voyages to major international trade markets in Europe and Asia, which means less cargo entering the port. country here and needs to be dealt with.

Ships from Asia and Europe typically stop at other ports and drop off cargo before arriving in Houston, Joachim said. That, however, is changing with an increase in direct trade between the Port of Houston and port cities in China, Joachim said.

Accurately measuring the dimensions of a shipped item is important in determining the price paid for shipping. Cargo Specter customers include freight forwarders, which transport goods between two destinations; public carriers, which transport goods on regular routes at fixed rates; and freight brokers, who are hired by shippers to act as a liaison between the shipper and a road carrier to facilitate the movement of goods. All of these types of businesses are affected by freight rates.

Freight transport rates are paid on the basis of the low weight of a cargo, that is, the space occupied by a package compared to its actual weight.

Joachim said this is where precise sizing of cargo pieces becomes important, especially when the product to be shipped is irregularly shaped. For example, a freight forwarder measuring such a piece of cargo by hand might underestimate the low weight of that piece, resulting in the freight forwarder receiving less money than he should.

While the cheap Xbox Kinect helped Cargo Specter keep its hardware prices low at the start of the business, that deal ended when Microsoft canceled production of Xbox Kinect in 2019. But what looked like a setback turned into another opportunity for the company.

Microsoft used the same scanner technology for games to create Azure Kinect, which uses artificial intelligence sensors that have broad commercial applications far beyond video games. As a result, the Azure Kinect proved to be a breakthrough for the Cargo Specter system, Joachim said.

“We have seen tremendous gains in precision, stability, speed and AI capability,” said Joachim. “Microsoft has been very responsive to our needs with this new sensor compared to one designed for gaming.”

Cargo Specter’s low-cost approach is not shared by some of its larger, more established rivals. For example, Cubiscan, of Farmington, Utah, offers a wide variety of large-scale sizing equipment, most of which is sold several times the cost of Cargo Specter sizing equipment.

The company does not publish pricing information for its products, said Dean Simmons, director of sales and marketing for Cubiscan.

Simmons said Cubiscan, one of the two main competitors in the sizing market, produces a variety of proprietary systems, designed to meet the diverse needs of its customers. “We have 34 years of product development,” he said.

‘Software as a service’

Going forward, Joachim said he expects the company to move more towards a “software as a service” business model, with less emphasis on hardware sales and a greater focus on supply. software products that support the operation of the dimensioners.

From the early stages of the company’s formation, he said, the founders viewed their business model as that of the video game industry, in which the customer purchases the game console and then periodically pays for continued service for play online games against other players.

“We are all players,” he said. “We shaped this (business) after Xbox Live, where if you don’t pay us you get stuck. “