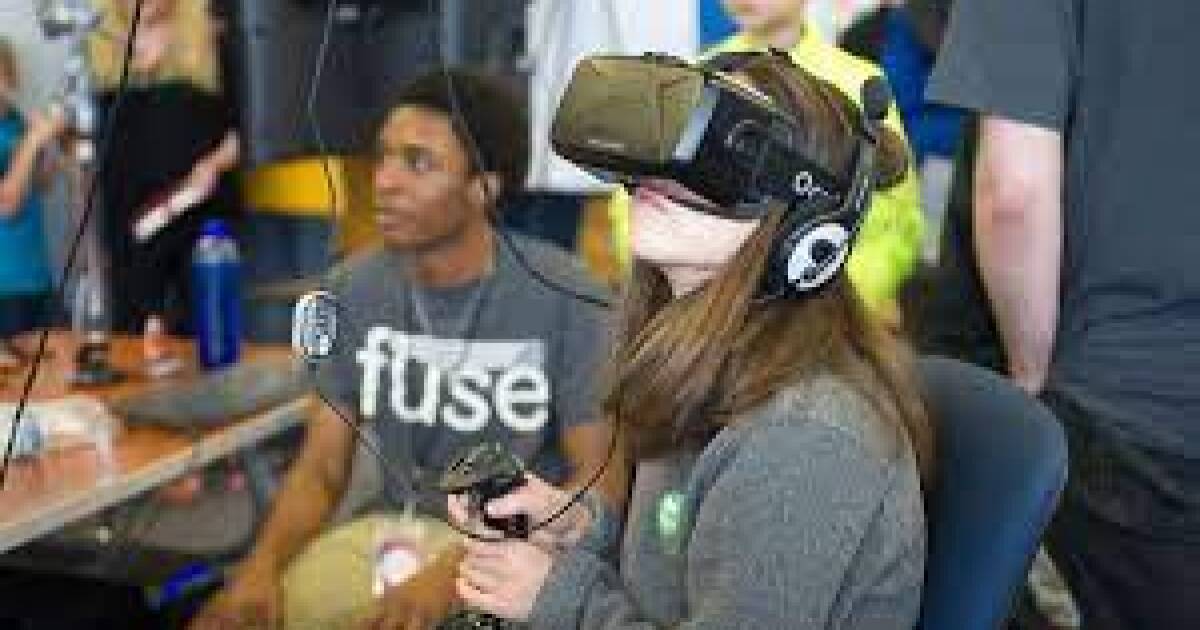 In 2021, Bradley University’s Game Design program ranked 9th in the world as one of the best schools to study game design, according to the Princeton Review. It was also crowned as the top-ranked game design program in Illinois.

Receiving so much national attention over the past seven years has led the program to skyrocket in popularity from its first on-campus introduction in 2000 as a multimedia program at Slane College of Communications and Fine Arts. . In 2009 it became its own Interactive Media department.

Ethan Ham is a professor of game design at Bradley University, as well as chair of the interactive media department. He said a lot of people don’t understand what game design entails.

“It’s not game art. We major in game art…but in the game industry, what game design really means is to come up with the rules of the game, the game world, game history,” Ham explained.

Ham said the game design program at Bradley went even further than that. All students also learn how to program games, as well as learn about augmented and virtual reality, as this is usually what lands them a job after college. This becomes incredibly valuable because, according to Ham, landing a game design job is no small feat.

“It’s tough, and it’s something I always want our students to know because I want them to have the courage to keep pushing and getting it, but our students are doing pretty well” , said Ham.

In 2021, 97% of game design students either went on to graduate school to continue studying games, or got a job they said they were happy with. Contrary to what many might think, a game design degree doesn’t just qualify you to design video games. In fact, the skills that game design majors learn over the course of four years can be extremely valuable in all sorts of settings that use game development technology, such as at hospitals such as OSF Saint Francis Medical Center in Peoria.

And as past students know, landing a job after college is what many undergraduates typically strive for once they graduate. However, for those looking to further their education and expand their portfolio, Bradley recently launched a one-year Masters in Game Design program. The program started last summer and had about five students enrolled.

“It mimics starting a little game. So students have their own offices…a suite for their business, and they spend a full year, 12 months, 40 hours a week like it’s a job, creating a game. They’ve been mentored by game company Volition and it’s been great for them and they’re doing a really good job,” Ham said.

Whichever course a former game design student chooses to take after graduation, they are all part of a nationally ranked program that sets them apart from the sea of ​​other candidates looking to get a foot in the door of some big game companies. Ham said Bradley’s program is designed to prepare students for success and provide hands-on experience in game design.

“As you progress through the program, you work in larger and larger teams until your senior year, you work in a team of at least 20 students, and what that allows our students to do is to become more and more specialized and go deeper and deeper into an area that interests them… and I think specialization allows them to focus on the cutting edge of what is happening today” , said Ham.

Being able to adapt to the technological advancements of an ever-changing world is crucial in this industry, especially in 2022. With more content and games than ever before, competition is tough, and having experience and knowledge thorough is a necessity. That’s why Bradley requires his students to work on games for the four years of the program, which sets him apart from some other programs across the country.

“We want our students to have four years of experience. The other thing we’re really trying to do is… start with a broad base. We want them to have experience with all aspects of games, so they can create a game on their own. They have to do it all, and then as they progress through the program, the teams they work on get bigger,” Ham said.

This type of structure leads to some truly amazing games. Ham said his current favorite is the one his seniors are currently working on, called “Disaster Golf.” In this game, you play golf with the added bonus of things like explosions and venus fly traps. The students involved are mentored by the gaming company, Rockstar Games, which is behind the beloved Grand Theft Auto.

“It’s a lot of fun. The folks at Rockstar Games are saying I’m ready to buy this. I don’t want to play it anymore. So there’s been really good feedback,” Ham said.

With a potential new hit game in the works, it’s no wonder the game design program has maintained its highest ranking in recent years.

For those who want to play “Disaster Golf” and see what it’s all about for themselves, Bradley’s game design students will be at the Peoria Riverfront Museum on April 30, which is a free admission day, and will offer free chances to play all the games they have been working on in the last semester. You can also download the link to “Disaster Golf” here.