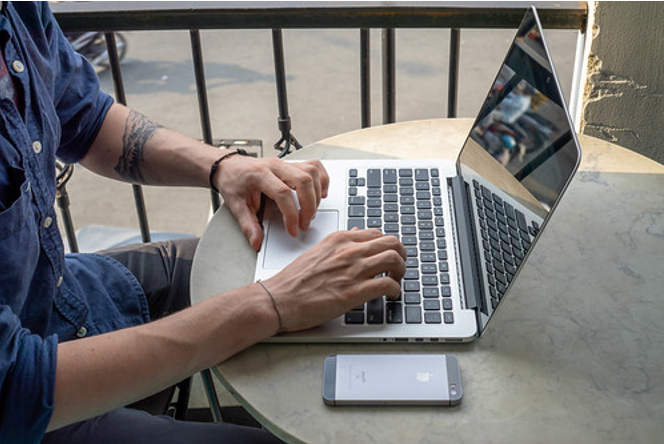 Best way to learn Java and other game development languages

Today, more than 700 coding languages ​​exist. If you’re like the majority of us – who find it quite difficult to choose between two options – then deciding which coding language to learn must be overwhelming.

Here we feature 4 languages ​​you should learn first, as you begin your journey towards mastering coding. We also share ideas on the best way to learn Java and the other pre-selected programming languages. Let’s dive into it.

If Android mobiles are your target for your games, then you should learn Java. Developed by Sun Microsystems in 1995, the Java language has become ubiquitous in modern IT technology infrastructure.

Today, Java is the most widely used computer programming language in the world and is estimated to work on more than 3 billion devices, including smartphones, e-readers, and automobiles. Java is also used in some of the best sites in the world such as Google, YouTube, Amazon, etc. To top it off, Java is suitable for beginners.

These details establish a fact: Whether you want to become a game developer or start a career in software development, you would build a solid foundation for your professional success by becoming proficient in Java.

It should be mentioned that AAA games like Call of Duty, Minecraft, and others are rarely written in Java.

Advantages ● Similar to human language and therefore easy to write and understand. ● The world’s most requested computer programming language ● The ideal option for Android developers since it is the native language of Android. Additionally, learning Java is a good preparation for mastering Kotlin – a program which is gaining popularity among Android developers – because it is built on JVM ● Java code is platform independent – can be run on platforms -forms with very small limitations ● Deep community support ● Open- Nature of the source

Disadvantages ● Java code is verbose. While its human-like style makes it relatively easier to learn, it also makes it longer, less readable, and more difficult to analyze. ● Comparatively slower than C and C ++ ● Does not work on iOS

Taking a primarily theoretical approach to learning Java is a common but inefficient method. This approach would almost certainly leave you frustrated. To accelerate your learning, you must combine doses of theoretical and practical learning.

For example, platforms like Codegym require learners to complete over 1,200 hands-on tasks. These exercises are strategically organized in order of increasing complexity, so that by the time you have completed all of the exercises, your coding muscles would have gone from puny to muscular.

C ++ is a super portable high level language with multiple applications. Although it is one of the oldest languages ​​in existence, C ++ remains a dominant force in the programming world and is probably the most widely used language in game development.

One of the main reasons that C ++ is famous among game developers is that it allows better control of the graphics process, an essential feature in game design.

Windows games and high-end consoles like Dark Souls, The Witcher 3, Maplestory and many others rely on C ++. It is also used in popular game engines such as Sony’s PhyreEngine, Unreal, and Unity Engine. There is no doubt that C ++ is difficult to learn, but there are huge rewards for becoming proficient.

On the one hand, C ++ games are easy to run on other platforms. Additionally, other object-oriented languages, including Java and C #, are derived from C ++, which means learning other languages ​​will be easier once you learn C ++.

To familiarize yourself with C ++, we recommend the book “The C ++ Programming Language” written by Bjarne Stroustrup, the original designer of C ++.

Here you will be introduced to C ++ and learn about design and software issues that arise with using C ++. The book also contains small exercises at the end of the chapters to help you apply the newly acquired knowledge.

C # – read like C sharp – is a modern, easy-to-learn language that Microsoft developed in 2000. It is the coding language used in Unity3D – arguably one of the best game engines for indie and size games. average and the one on which hit games like Temple Run and Subway Surfers are built.

The language is based on C and C ++ languages, so if you are familiar with C ++, it will be even easier for you to understand.

C #’s signature XNA framework is one of its most appealing advantages for developers, as it makes the language particularly suitable for making games for Xbox and other Windows platforms. While this framework is advantageous, it has a few drawbacks:

Unlike C ++, it gives you little control over memory management, settings, etc. This is similar to what happens when driving an automatic vehicle. There is an advantage to automating the speed and avoiding the hassle of changing gears yourself, but sometimes you still want your range.

The limits imposed mean that games built with C # code will likely have a similar “look and feel”.

Disadvantages ● C # is completely based on Microsoft technologies ● When you modify anything in the code written in C #, you will have to compile the program first before seeing the result

We don’t have specific recommendations here. But, as you explore your options, considering the many paid and unpaid resources for learning C # online, keep in mind that courses and paid sites tend to take a healthier, more structured approach to the teaching process. . . And it could help shorten your learning curve.

JavaScript has been called the programming language of the web. It debuted in 1995 as a language designed to comply with the ECMAScript specification. While CSS is responsible for the web and HTML aesthetics for web layouts, JS is what makes pages dynamic and user-friendly between user and client-side script.

JS is also considered the best language for programming interactive online video games, due to JS’s superior ability to easily interact with web applications. Ultimately, JavaScript is at the heart of browser-based game development. So if you are looking to develop such games, go learn JS.

Cons ● Options for 3D graphics are limited to specific frameworks ● Not as efficient as other programming languages ​​on this list in terms of speed.

Like all of the languages ​​we’ve covered, there is an abundance of free and paid learning resources for them on the web.

Paid programs typically deepen the content, shorten your learning curve, and also offer certifications to learners who complete the course. However, if these perks aren’t enticing enough for you and you prefer to go the unpaid route, you should know that it is possible to go from a beginner to an advanced programmer using free resources.

There is no one perfect, one-size-fits-all programming language for developing games. All of them have different features, target platforms, and developers who prefer them. So consider your affinities and goals and let them help you decide which language to learn first.

Having said that, there is no doubt that knowledge of Java and C ++ would prove invaluable in the creation of your video games due to the fundamental nature of these languages. So we advise you to carefully review our recommendation on the best way to learn Java and C ++ and start laying a solid foundation for your success in game development.

FAQ ● What are the 4 types of programming language?

Each computer programming language has its unique characteristics which make it better than the others in some respects. Therefore, the best first language to learn depends more on your goals than on the language itself. To prepare for success, first consider your interests and determine which platform you want to develop games for.