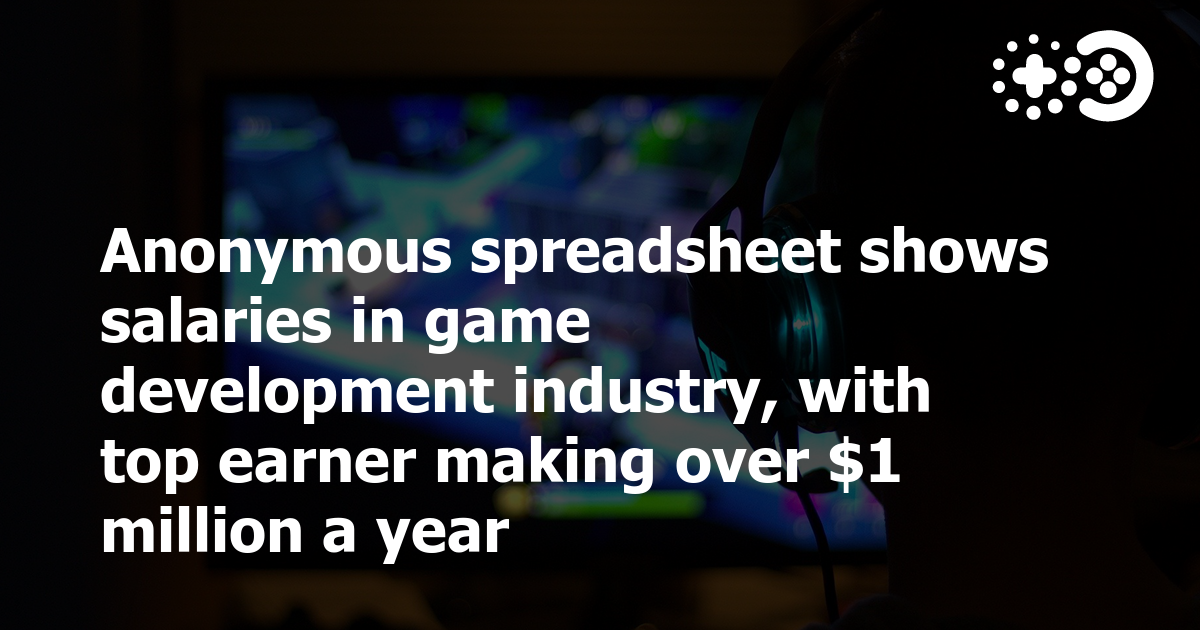 A huge anonymous spreadsheet has been compiled that shows the salaries of game developers. The list includes data shared by developers from the United States, Canada, and other countries. And that should help people “get paid what they deserve”.

The link has been shared by developer Christer Kaitila, who has worked on over 100 games. The spreadsheet was created by the founders of GLITCH, Evva Karr and Nicolaas VanMeerten.

Karr also shared a small summary of 2020 data. The spreadsheet now has 822 entries, with the main source of income being a creative director earning $ 1.05 million per year. 72% of the participants were white, 13% were Asian, and 4% were Latin.

🌎822 people in the world
The best source of income was a Creative Director who earned $ 1.05 million
Engineers provided the most data
👀 ~ 72% were White, ~ 13% Asians, ~ 4% Latinx,% keep going down from there … pic.twitter.com/nSXlfTxmgV

The directory is available here, with Evva Karr now collecting submissions for the new spreadsheet for 2021.